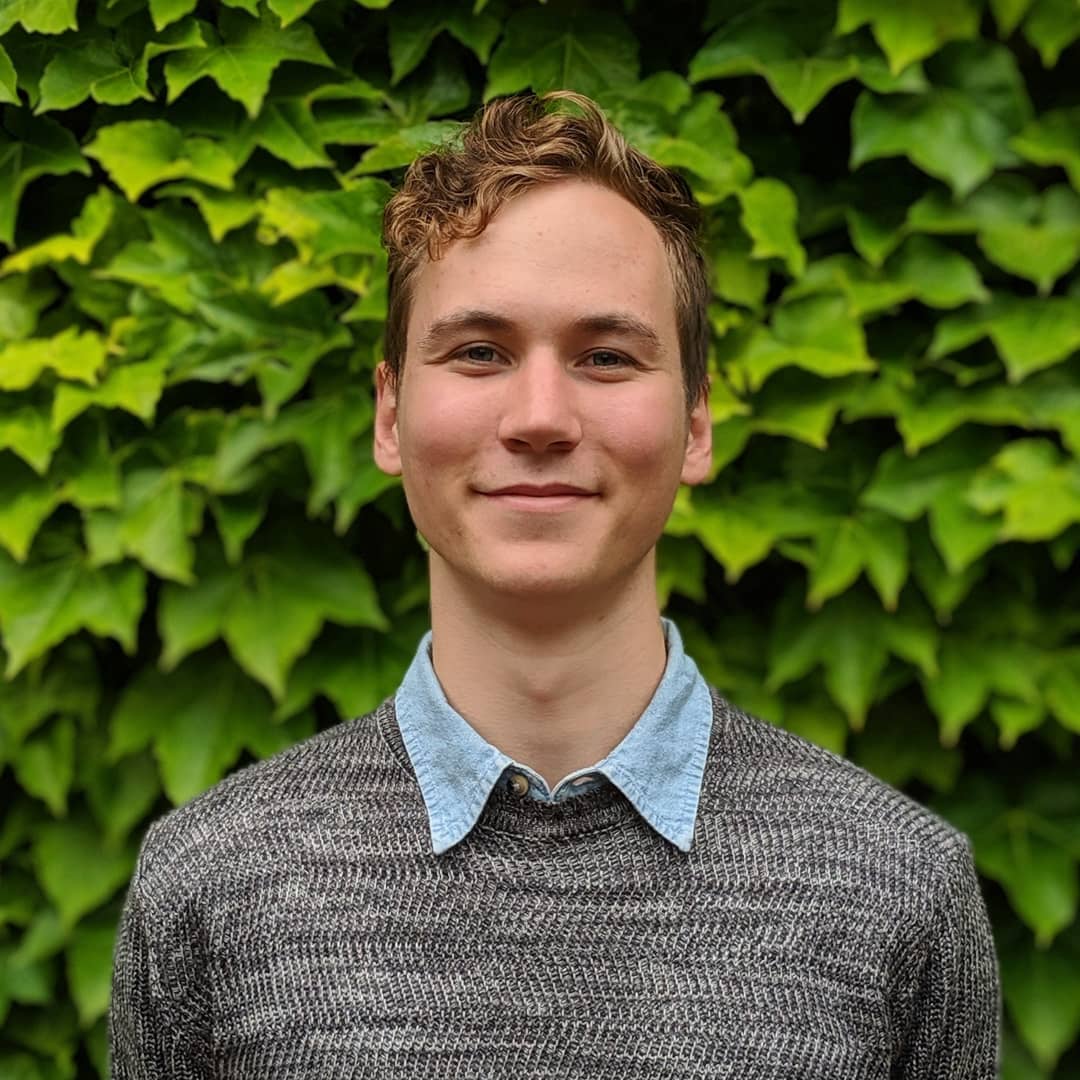 PhD student in the Awh/Vogel Lab at the University of Chicago.

This post outlines a python script I wrote that takes in coefficients from a series of EEG classification models and projects the coefficients back on the scalp over time using scipy.interpolate and matplotlib.animation.

I’ve wanted an excuse to play around with matplotlib animations and scipy’s interpolation functionality. In the past, I’ve just outputted each frame as a .png and then uploaded them all to a gif-making website… Not ideal!

First, I’ll briefly describe the data I’m working with. These are coefficients from a ordinal logistic regression model that classifies EEG data. EEG is electrical activity recorded from an array of electrodes on the scalp. Without going into too much detail, this model classifies the number of items an individual is holding in their visual working memory. A separate model is trained at each timepoint, with the array of electrodes as the predictors.

After training the models (I’ll make a more in depth blog post about this process at a later date), I extract the coefficients from each subject, each electrode, and each timepoint. That leaves us with this:

That is a numpy array of shape: (n_subjects, n_cross_val_iters, n_timepoints, n_electrodes). I also need the x and y coordinates of where the electrodes are placed on the scalp. This allows me to project the 1-D array back into 2-D space. I’ll pick a random timepoint and project the coefficients on the “scalp”. Darker blue means that electrode was more heavily weighted in the model. 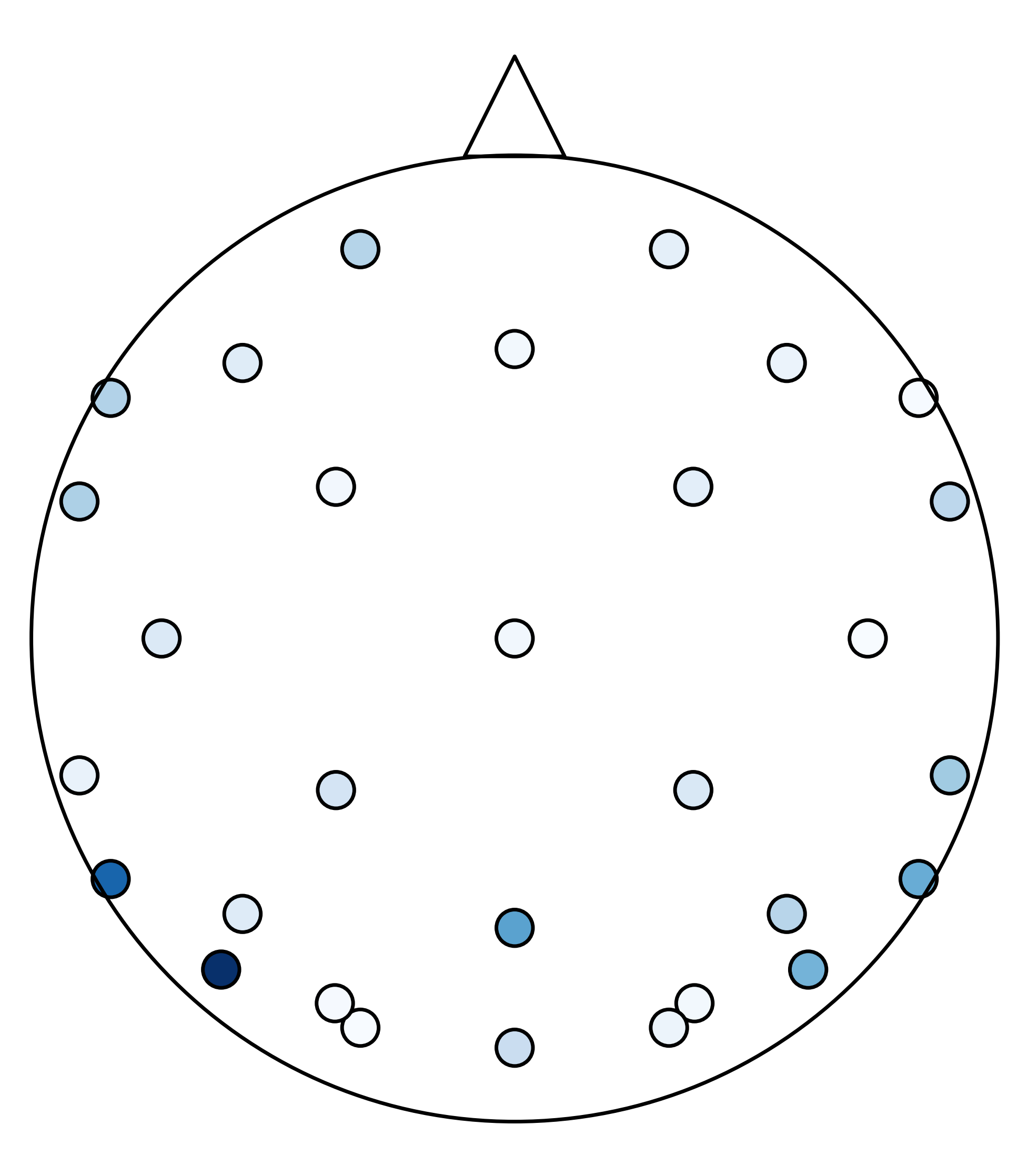 For this plot, imagine you are looking down at the top of someone’s head (the triangle is my attempt at a nose). These points are where the electrodes are placed. You can see how sparse the electrode array is. I will use scipy.interpolate.griddata to interpolate the data between the electrodes for better visualization.

The above code calculates the actual interpolation. I will stick this in a function along with some other basic plotting settings (i.g. removing axes, adding a colorbar, etc). 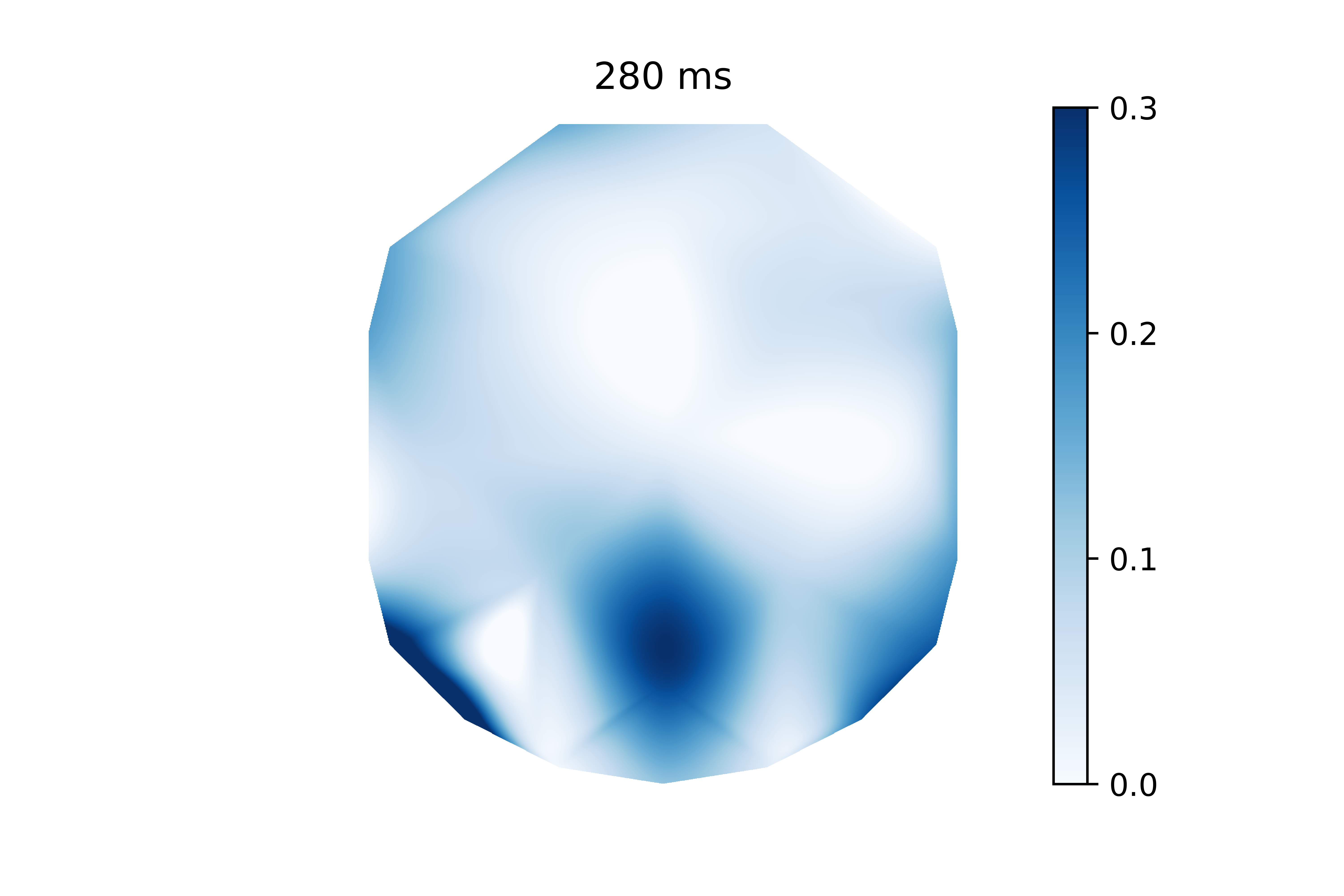 This is the same information as the previous plot, but it’s much easier to visualize. It’s clear that electrodes in the back of the head have higher coefficients than the rest. It’s worth noting that the electrode voltages were z-scored before the model was trained. This allows me to interpret these weights since the electrode voltages have the same scale.

But this is only one frame of data. In reality, this signal develops over time. This is a perfect excuse to use matplotlib’s animation functionality. And the create_frame() function is already setup in such a way to work well with animation.FuncAnimation. First I will create the animator.

I opted to use Pillow just because I already had it installed. I tested a few frames-per-second and decided 5 was good. Then, I passed the writer to ani and saved the gif as “coef.gif”. Here is the final result below.

This is an interesting way of assessing my model. It allows me to see which regions of electrodes contribute to the model’s predictions the most at each timepoint. The coefficients are scattered before 0 ms because that is actually before the participant evens sees the memory array. Around 150 ms I can see that rear electrodes are very heavily weighted. Then after around 400 ms this pattern becomes much more distributed.

I suspect variations on this visualization could be useful for any time-series classification/regression model that has spatial information. I’m glad that I tried this project because it got me using two tools I’ve been interested in for a while.

You May Also Enjoy

I created an interactive generative line art creator in Python with the Bokeh library. I was inspired by the “Locations of Lines” artworks by Sol LeWitt I recently saw at the Chicago Museum of Contemporary Art.